Jason Day - A Troubled Youth to a Major Golf Champion 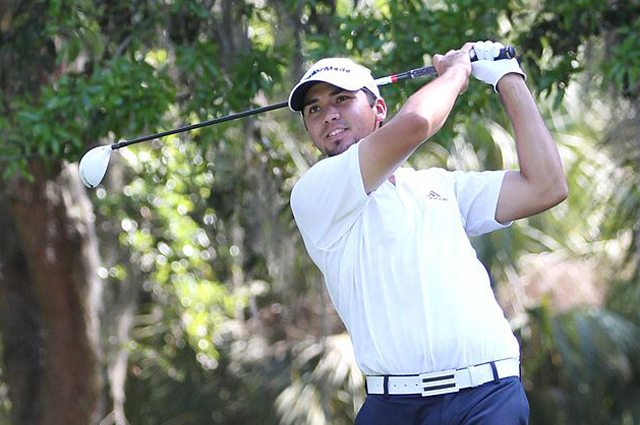 Jason Day recently won the coveted US PGA tournament, one of golf's four 'Major' championships. The story behind this triumph is remarkable! From 'rags to riches', from 'nearly-man to winner', from 'isolated kid to being mentored to success by a kind teacher' and from 'delinquent teenager to wise adult' - there are so many things to draw inspiration from!

Born in Australia to a poor family, Jason began playing golf when he was 6 after his dad Alvin brought him his first club from a pawn shop. He progressed to being a junior champion. Tragically his father Alvin died of cancer when Jason was aged just 12. Not knowing how to handle his grief, Jason’s behaviour spiralled out of control and he got in with the wrong crowd. His inner rage was getting out of control, he began drinking and fighting, even ending up sleeping in a gutter.

In desperation and not knowing what to do, his mum remortgaged their house and borrowed money from family to send Jason to a completely different environment, a prestigious boarding school which had a golf academy. Fortunately, once there he met Colin Swatton, (or 'Col Swatton as he is known), a golf instructor who was to become his mentor, father figure, coach and caddie as Jason shares in this BBC article.

"He's been there for me since I was 12 and a half years old. "He's taken me from a kid that was getting into fights at home and getting drunk at 12  and not heading in the right direction to a major champion.

"And there's not many coaches that can say that in many sports. So he means the world to me. I love him to death."

After a turbulent start to their relationship, Jason began to transform his anger and his talent into hard work and practice with plenty of support from Swatton. He worked harder than his peers and devoted himself to golf, especially after reading about how hard Tiger Woods practiced. Day played golf in every waking hour that he was not at school. Aged 19, and after winning a number of junior championships, he became a golf professional.

Yet the pain for Jason was not to end there, he had an achilles heel. After being poor for so long, making money became Jason’s top priority. He has spoken openly about how he used to look at the millions that were in his bank account.

This fixation brought many challenges to Jason and took his focus away from golf. He repeatedly lost concentration in the final rounds of major championships which everyone expected him to win. He was becoming a nearly man. He even developed vertigo in the US Open and collapsed on the course while in a leading position.

Yet cometh the hour - cometh the man. In an endearing end to a 15 year journey, Jason Day won the 2015 US PGA Championship, finishing with the best ever score in history for a Majors event (beating Tiger Wood's previous of 19 under par). He took the pain of nearly winning and put it to one side. He saw his demons and didn’t let them get the better of him this time...

Here’s a video showing what it mean to him...

So What Can We Learn From Jason's Incredible Example?

Jason’s success has the hallmark of so many of the factors discussed in Legends Report articles. It’s a story of overcoming obstacles, having to battle with self-doubt and ultimately have the perseverance to turn potential talent into a real-world victory.

It also reflects how nothing can be achieved alone. It was Jason’s mum who sacrificed her time by taking on two jobs and took on the risk of remortgaging her home in order to give Jason better opportunities and immerse him in a more positive, upbuilding environment. It was Col Swatton who treated Jason like a son and gave him belief to help him get through tough times and it was Jason’s own dedication to golf and to transforming his anger into discipline to practice hour after hour every day that led to him winning one of golf's ultimate prizes.

Jason Day shows us that sometimes we may need to fall at the final hurdle a number of times before we finally build the self-resilience to truly make it.

Share your thoughts on Jason's incredible story in the comments below...

[whatsapp url="https://www.legends.report/a-troubled-youth-to-a-major-golf-champion" title="Thought you'd like this Legends Report article, it's a brilliant example of turning your life around by PGA Major Golf Champion Jason Day." ]