Skip to content
A Fable from the One Thousand and One Capitalist Plights: Independent Bookshops Vs Amazon

A Fable From The One Thousand And One Capitalist Plights: Independent Bookshops Vs Amazon 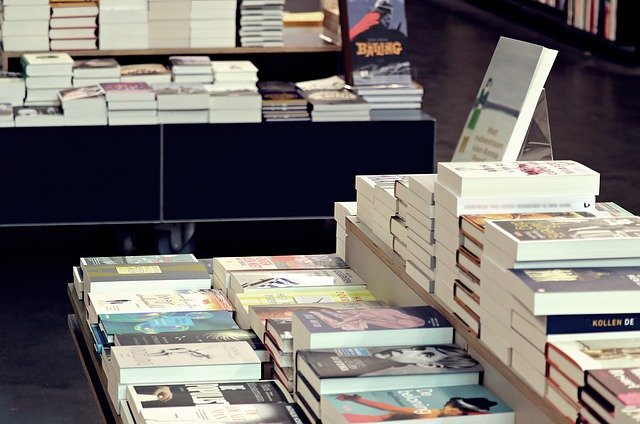 No, your eyes have not deceived you. Yes, this is another article damning the seemingly inescapable e-commerce mogul. I mean seriously, I am typing away at this with the remains of ripped Amazon packaging strewn before me. The irony is claustrophobic. Ignoring the lack of journalistic originality and integrity, criticism of Jeff Bezos’s glittering, online Olympus has seemingly come to an insurmountable head. In January 2021, independent booksellers filed a class-action lawsuit against Amazon and publisher co-conspirators for colluding and monopolising the US print book market.

The named partners-in-crime include Hachette, Harper Collins, Macmillan, Penguin Random House and Simon & Schuster. Or more commonly known as ‘The Big Five’  This lays bare a larger issue of the effect of Amazon on independent bookshops: where the dominance of one grows, the existence of the latter dwindles. The class-action asserts Amazon’s dominance over its rival booksellers stating:

“Twenty-five years ago, there were around four thousand independent bookstores in the U.S., and many functioned as local cultural centers, where people browsed and exchanged ideas. Today, there are fewer than two thousand, and the economic power is concentrated in the hands of one bookseller”.

If this is ringing any bells, it is because this situation happened, basically verbatim, in 2011. However, instead of Amazon, it was Apple and instead of the print book market it was the e-Book market. Sometimes, life really is just a massive hamster wheel.

Publishers including Penguin Random House and Harper Collins, settled for $166 million whereas Apple, who chose to see their day in court, lost at the expense of $400 million. So we are not talking pennies, although for a company with a $2 trillion dollar market value, it probably hasn’t made much of a dent. Especially given we have come full circle 10 years later. The big questions are this: what is the impact on independent booksellers and why does it matter to us in our lives? More importantly, should anyone even care?

Give me a second to manifest my inner Sarah Paulson as Marcia Clark (...if you haven’t, watch The People v. OJ Simpson: American Crime Story...), only with Julia Roberts’ hair...obviously.

The Big Five publishers control 80% of the trade book market, meaning most books are published under one of these major houses. Combined with Amazon’s grip on 50% of all book sales, including 90% of all print books sold online, this is a deadly union PERFECT for price-fixing. In short. The five biggest publishers are fixing wholesale prices of books for Amazon at a much lower rate than its competitors, meaning small, independently owned retailers are unable to compete on price and product availability.

This ‘anti-competitive behaviour’ is putting price restraints on independent bookshops making it more expensive and in turn, less appealing for customers to buy from them.

Whilst the Booksellers Association’s figures show membership at its highest since 2013, with 967 independent stores in the UK and Ireland by the end of the last year, these numbers are potentially misleading. We have seen 44 close their doors and reportedly the 2020 influx is a result of existing shops joining the BA for the first time, likely in need of support during the pandemic.

Still, I wouldn’t say this is a clear cut case. Compared to other retail sectors, books have been in high demand and UK fiction sales climbed by a third, a pandemic phenomenon that is being dubbed coronavirus escapism. Hugo Setzer, the president of the International Publishers Association, quite whimsically put:

‘Self-isolation around the world has seen a boost in reading. Books and reading are the ideal way of escaping our four walls but also to understand what is happening around us, how to overcome this and how to make ourselves better in the future.’

Can anyone smell Brie?...

Seriously though, I do find myself agreeing with Mr Setzer’s sentiment and the value of his point resonates. The numbers do not lie. 3.7 million books were sold in the week following the lockdown lift. Personally, I have used reading as a tool to distract myself from this Waiting for Godot nightmare that has permeated this past year. This maybe, possibly, perhaps, slightly has amounted to me becoming a bit of a Goodreads mum at the tender age of 22. Nothing embarrassing about it.

Clearly, there is public support for local bookshops and there is a feeling of urgency surrounding their survival. Maybe, just maybe, Amazon isn’t the big bad wolf it is being made out to be?

In the spirit of my love of justice and lawyer dramas, God Bless Legally Blonde, I welcome you to my courtroom. The plaintiff, Independent Bookshops VS the defendant, Amazon.

This court is now in session.

The Case For Amazon

Ladies and Gentlemen of the Jury, we look at Amazon today as a Rome of e-commerce, of online distribution. An empire, with towers so high, even when you squint, you can’t quite see the tops. So we forget its humble beginnings. In 1995, Amazon began as a bookseller and since then has built links to the global business.

Amazon revolutionised book distribution, by both successfully carving an online and digital future. Considering this, to argue Amazon is draining life from the book market is redundant given it is doing the exact opposite. For example, Amazon’s huge market supports smaller publishers and self-publishing in a way, independent bookshops simply can’t. As of May 2021, Kindle Unlimited has generated $35.9 million for its authors, and as the British dance act, The Adventures of Stevie V, so aptly put in 1990…”Money Talks”.

The Case Against Amazon

Ladies and Gentlemen of the Jury, to answer the closing questions quite simply, the answer is a resounding no. Amazon is not the pinnacle of the ‘Capitalist Dream’, it is instead the epitome of everything that is wrong with our system.

Let me count the unethical ways: poor workers rights, human rights, animal rights, contribution to climate change, many small businesses being put out of business, tax avoidance etcetera, etcetera. Take the example given in its defence. Yes, whilst Kindle Unlimited has provided a wide stage with a big audience for self-publishing authors, it is contested that they are paid unfairly. Also, we have all been victim to self-published successes, the likes of  After, Fifty Shades of Grey, The Kissing Booth… so if this is Amazon’s great offering, I could leave it.

Lest we forget the crux of the issue at hand.

Whatever you decide, there are ways you can buy books ethically and affordably and why wouldn’t you if you can?

Amazon alternative, Bookshop.org allows independent booksellers to create their own virtual storefront, whilst harvesting full profit from their book sales. The site has already generated £1,439,187 (£1.43 million) for local bookshops and has been dubbed a ‘revolutionary moment in book selling’.

However, as an English Literature graduate, I know buying new books isn’t cheap. World of Books is the UK largest second-hand book retailer, equipped with a huge selection of reads. Plus, free delivery, (no this is not a pitch).

Let’s shop with our consciences a bit more, after all, the retail maxim is “The Customer Is King” so let’s use our buying power more ethically.

Finally, if you have made it this far, I would encourage you to walk into your local bookshop the next time you pass it. Talk to the sellers, check what they have reduced or on offer. Take in all the brightly coloured spines, all different heights and widths.

The smell of pages. Somehow, all bookshops have it. I hope you know what I mean. You can’t get that through a screen. Whilst we may not be able to constantly evade the dominance of large corporations, such as Amazon, we can educate ourselves as to who we are buying from and what we are buying.

About the Author: Christina Souris