Skip to content
4 Female Legends Who Have Struggled With Shyness

4 Female Leaders Who Have Struggled With Shyness 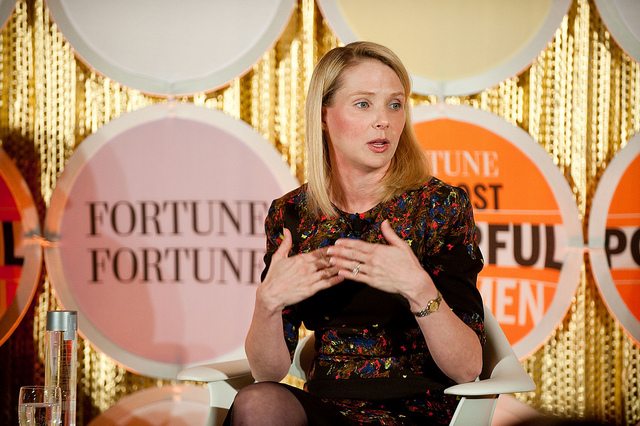 
“Friendship with oneself is all important, because without it one cannot be friends with anyone else in the world.”

Sometimes it can seem that if we are to become a leader and be successful, we need to have extroverted and aggressive personalities. The danger of this idea is that if we do not ordinarily act that way, we may then feel that we can never become a leader and positively influence those around us. Here's the experiences of four female leaders, who found that in order to make a positive difference in the world, they have had to overcome their shyness.

Marissa Mayer is the current President and CEO of Yahoo! - responsible for around 10,000 employees; last year the company generated close to $5 billion. In a 2013 interview with Vogue she admitted that overcoming her shyness is something she has to face at any social occasion.

"She suffers from shyness, she says, and has had to discipline herself to deal with it. For the first fifteen minutes she wants to leave any party, including one in her own home. “I will literally look at my watch and say, ‘You can’t leave until time x,’ ” she says. “ ‘And if you’re still having a terrible time at time x, you can leave.’ ” She has learned that if she makes herself stay for a fixed period, she often gets over her social awkwardness and ends up having fun."

She was the longest-serving First Lady and one who would hold press conferences, travel across the country, and give lectures and radio broadcasts. She also served as a United Nations spokeswoman. However, on her official online biography on the White House site, it was revealed that she too had her challenges when it came to expressing herself.

"A shy, awkward child, starved for recognition and love, Eleanor Roosevelt grew into a woman with great sensitivity to the underprivileged of all creeds, races, and nations...

Her integrity, her graciousness, and her sincerity of purpose endeared her personally to many — from heads of state, to the servicemen she visited abroad during World War II."

J.K. Rowling is the author of the globally-renowned best-selling Harry Potter series, however her shyness almost prevented her from noting down the original idea for the books' lead character...  she explains on her own site.

"I was travelling back to London on my own on a crowded train, and the idea for Harry Potter simply fell into my head.

I had been writing almost continuously since the age of six but I had never been so excited about an idea before. To my immense frustration, I didn't have a pen that worked, and I was too shy to ask anybody if I could borrow one…"

Rosa Parks was an activist who famously refused to give up her seat on a bus, and thus by that action, she played a symbolic role in the Civil Rights Movement. In Susan Cain's book, Quiet, Mrs Parks was found to be a different character to the common view that was based around her brave actions.

“I had always imagined Rosa Parks as a stately woman with a bold temperament, someone who could easily stand up to a busload of glowering passengers. But when she died in 2005 at the age of ninety-two, the flood of obituaries recalled her as soft-spoken, sweet, and small in stature. They said she was "timid and shy" but had "the courage of a lion." They were full of phrases like "radical humility" and "quiet fortitude.”

In each case these legends have battled with shyness... however they have been driven by a strong reason to face their own challenges of self-expression, so as to achieve the things they feel most passionate about. If you'd like to learn more about what you can do to speak up, then you should definitely check out some of Sheryl Sandberg's tips here.