Skip to content
10 Successful Men Discuss Their Challenges With Depression 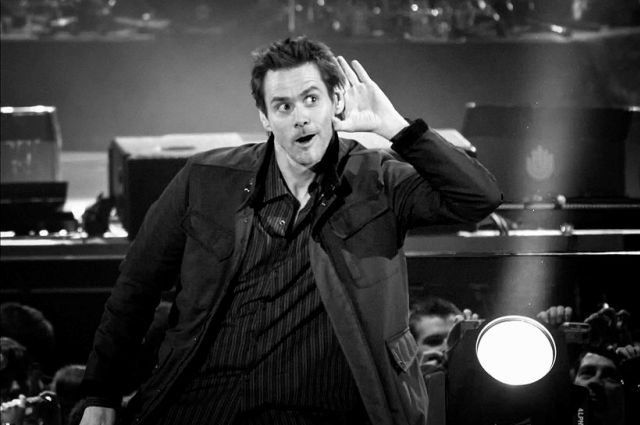 
It's estimated that 1 in 8 men in the UK suffer from some sort of mental health disorder and three out of four suicides are committed by men. Thankfully this issue is gaining greater and greater prominence with Prince Harry recently bringing together top sporting legends to discuss a critical issue affecting many people. Indeed, suicide is the biggest cause of death for men under 35 in the UK.

We can often think successful people don't suffer from these issues, however, this is a myth. Hear the legends below discuss their own challenges with mental health and depression:

1. Robert Pattison: The movie star was asked what advice he would give aspiring actors. He replied:

"My advice would probably be: take good care of your mental health. If you get famous as quickly as I did, your personal growth stops suddenly."

2. Ray Davies: The musician from the Kinks said of his experiences,

"I’d just come offstage and sunk a bottle of downers because I wanted to kill myself. Then I changed my mind. I was dressed as a dandy, it might have looked like a clown to everyone else. But even clowns can have bad days."

3. Robbie Williams: At the height of his fame in 2003, the singer told Radio 1 when being interviewed,

"People go 'what have you got to be depressed about?' And they're right, I haven't...Now I'm on these pills. Depression isn't about 'woe is me, my life is this, that and the other', it's like having the worst flu all day that you just can't kick."

"I have highs and lows. I have great big moments of adrenaline, but that can be followed by depression. It's a black dog, but I've taken it to dog-training classes. It always appears at unexpected moments, but if you have had a bit of training, you know how to make it sit down or walk beside you, rather than jump on you and ruin what you're doing,”

5. Jim Carrey: The A-list movie star battled with depression as his career really took off in the 1990's. He said,

"I was on Prozac for a long time. It may have helped me out of a jam for a little bit, but people stay on it forever. I had to get off at a certain point because I realised that, you know, everything's just OK.There are peaks, there are valleys. But they're all kind of carved and smoothed out, and it feels like a low level of despair you live in. Where you're not getting any answers, but you're living OK. And you can smile at the office. But it's a low level of despair."

6. Stephen Fry:  The well-known media personality and actor has had a very public history with his depression. Having been diagnosed Bipolar he is now President of mental health charity 'Mind' and wants those suffering to talk more about their challenges. He said of his experience,

"Depression isn't a straightforward response to a bad situation; depression just is, like the weather.. Once the understanding is there, we can all stand up and not be ashamed of ourselves, then it makes the rest of the population realise we are just like them but with something extra."

7. Tony Adams: One of England's finest defenders. The former Arsenal captain had many problems with alcohol. He said,

"I had no self-esteem. I had suppressed every emotion in booze. I didn't know who I was. I didn't know how to handle life, sex, everything. I had to learn absolutely everything, I was a child again so when I sobered up I got to know myself."

8. Freddie Flintoff: The outgoing and seemingly happy cricketer said of his own mental challenges,

"When things are going well that's ok. When they are not, that's challenging to your personal identity. I was sitting in the dressing room as this fella who will drag everyone with him. If I had turned around and said, 'look lads, I'm really struggling,' it would have sent shock waves. So I thought I shouldn't."

9. Prince Harry:  The Prince has said that he wished he had discussed his mother's death earlier in his life. Instead, he kept quiet about his feelings. He said about his experience,

It's OK to suffer, as long as you talk about it. It's not a weakness. Weakness is having a problem and not recognising it and not solving that problem."

"There’s a great expectation that once you come out of a psychiatric hospital you’re cured. You’re not cured – you just have more tools, a greater awareness of self and a greater understanding of how to manage your illness and that’s exactly where I’m at. I'm managing my illness on a daily basis and I can tell you I'm very well."

From what these legends have said, it's clear that life will throw its share of challenges their way but that the key to overcoming these challenges is getting the right help from others. As Prince Harry says above, opening up emotionally takes courage and is not weakness. That's why true legends surround themselves with people they can trust, so that they can open up and share. This enables them to make more clear and effective decisions as they use their emotional and mental challenges to learn and grow.

To see the statistics on mental health click here.

Sign up to receive complimentary insights from legends to apply in your life, career or business!